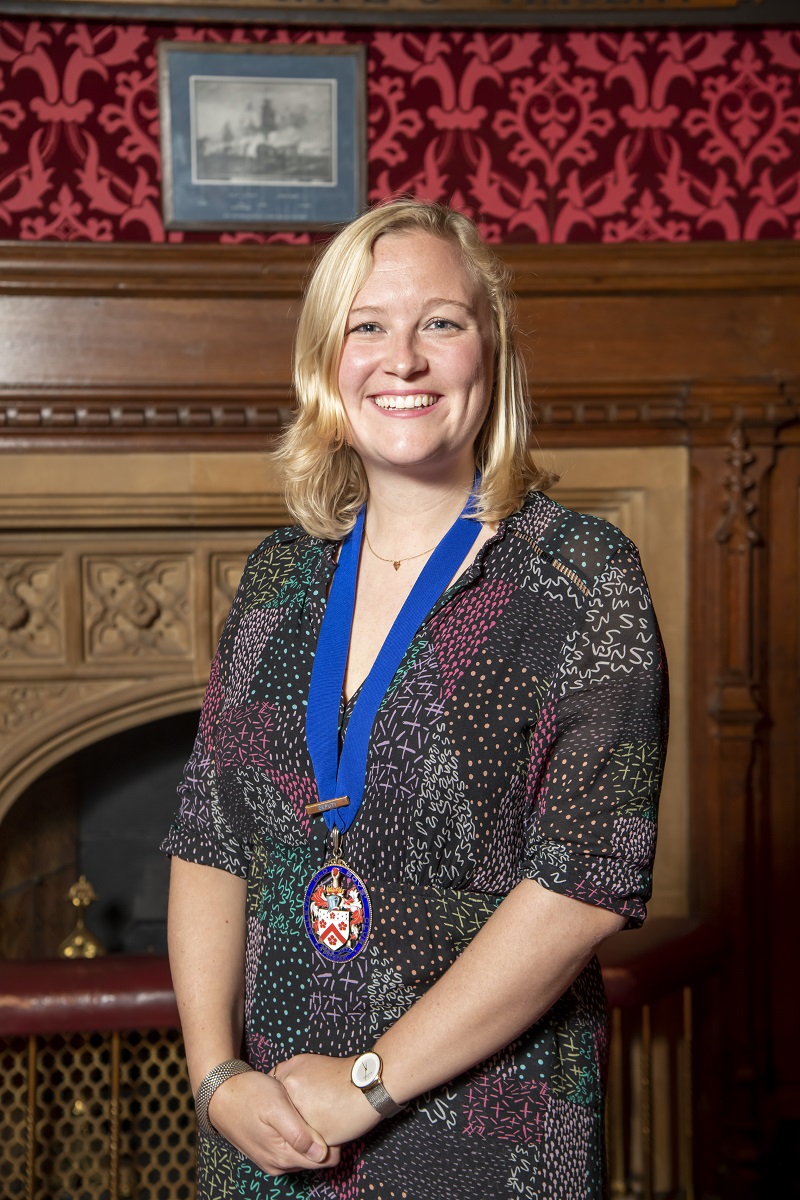 Lizzy Frost (Dutton's 1999-06) Lizzy took over the Presidency from the Rt Hon Professor the Lord Kakkar PC PhD FRCS FRCP at the EAC Annual Dinner at the House of Lords in November 2019.
Given that only four months of her year of office, so far, could be considered to have taken place in anything approaching normal circumstances, the Club’s Management Board has asked Lizzy if she would be willing to extend her term of office by a year, and I am very pleased to report to you that she has agreed. We have done this with the wholehearted support and, indeed, encouragement, of Deputy President, Peter Yetzes, to whom Lizzy will now hand over as President at the 2021 Annual Dinner.  We are not without precedent in adopting this course of action – four other Club Presidents have served for terms in excess of one year.
Read her words of introduction in the Spring/Summer MagazineCancellation of the 2020 124th Annual Dinner

We hope very much that the Club’s Annual Dinner in November 2021 will go ahead and that, maybe even ahead of that, we may be able to arrange a social event of some kind in late Spring/early Summer.


The Edward Alleyn Club Magazine
This biannual publication is distributed to over 6000 alumni across the UK and abroad and comes out every Spring and  Autumn.
Read the Autumn 2020 magazine onlineOnline magazine only?
If you would like to receive your Magazine online, please email letting us know. (In order to keep the administration to a minimum, please don't reply if you prefer your postal copy - for the moment at least we are keeping this as our default setting unless we hear to the contrary).

Do we hold the correct contact details for you?

The Annual General Meeting of the Edward Alleyn Club was held via Zoom on Tuesday, 10 November 2020 at 8.00 p.m.

The EAC Management Board

The official foundation meeting of the Edward Alleyn Club was held on 18 April 1884. However the Club's origins date back to 1882 when a small number of old boys from the Lower College of God's Gift formed a social club.

This took shape as a geological club which visited the South Kensington Science Museum and held discussions about rocks, volcanoes and ‘the nature and composition of the earth's interior'. The suggestion to make this group more formal, with member's subscriptions and an Annual Dinner is attributed to the Revd JH Smith. On 17 January 1906 the title of the Club was changed to the Alleyn Old Boys' Club which was used until November 1977 when the Club gained some ‘old girls'. At this point the Club reverted to its former name and has been known as the Edward Alleyn Club ever since.

All former pupils of the School will be familiar with the present clubhouse in Burbage Road (or the Old Boys' as it is still affectionately known). This building is a replacement for the one that was destroyed by fire many years ago, but this was not completed fully until 1989 when sufficient funds had been raised via an appeal organised by Sir Lindsay Alexander (President 1986-87) and Peter Reeve (the then Club Secretary). Old girls have been part of the Club's council since 1983 and the first lady officer of the Club was Kate Liffen (née Hollingshead) who became editor of the magazine in 1986 and first lady President in November 1992. Membership of the Edward Alleyn Club is automatically granted to all former pupils of the School and thanks to a scheme established by Derek Fenner, former headmaster, membership has grown rapidly since the 1980s. Derek Fenner's scheme introduced the inclusion of the life subscription to the Club in the last year's school fees, bringing both income and new members to the Club every year.

The Club now provides a contact point for many former pupils as well as acting as a base for many different sports clubs. It also provides the Sidney Incledon and Derek Fenner Scholarships, which enable pupils of limited means to remain in the sixth form and sponsors some leavers to pursue voluntary service overseas in their gap year.