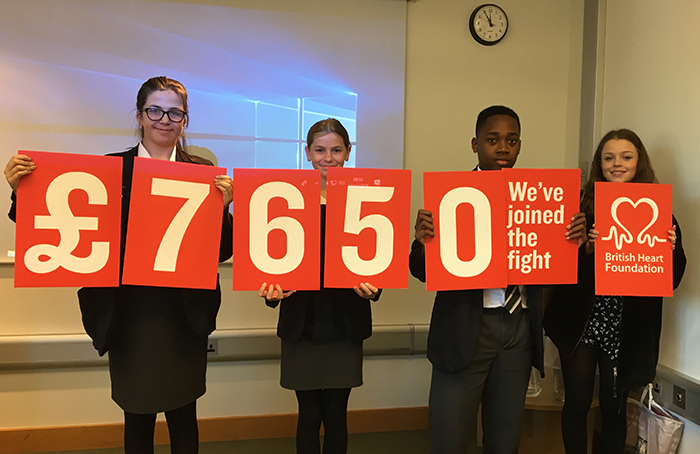 Through a mixture of creative and exciting fundraising initiatives, Brown’s pupils have raised an incredible £7,650 for their chosen charity, the British Heart Foundation. Through cake sales, a bike ride in which members of the House cycled 20 km around the School athletics track and through an evening of music, comedy acts and entertainment for Brown’s parents in ‘Brown’s Bash’, they have raised an incredible amount to support the charity in its efforts to research cures and treatments for heart and circulatory diseases.

At any one time, Alleyn’s Senior School supports two major charities, one local and one international. But Houses also choose a charity which they would like to support, and the pupils of Brown’s House chose to support BHF.

Well done and thank you to the whole House for this amazing effort.

Alleyn's transitioned to a full remote learning and support model from Monday 23 March. The School site is closed except to essential staff and to children from our key worker families.

It is our sincere intention that the educational impact of the current crisis on all our pupils is minimised, and we will continue to provide holistic support in the best and most practical ways that we can. Parents should refer to their Alleyn's Post for specific details and for information relevant to their child. Our more general coronavirus update page is found here.

We are very pleased to be supporting local NHS services by donating safety goggles, aprons and masks, and our DT team is producing protective face shields for NHS Greenwich and other local services. Learn more here.

Thank you for your support of the whole Alleyn's community at this challenging time.