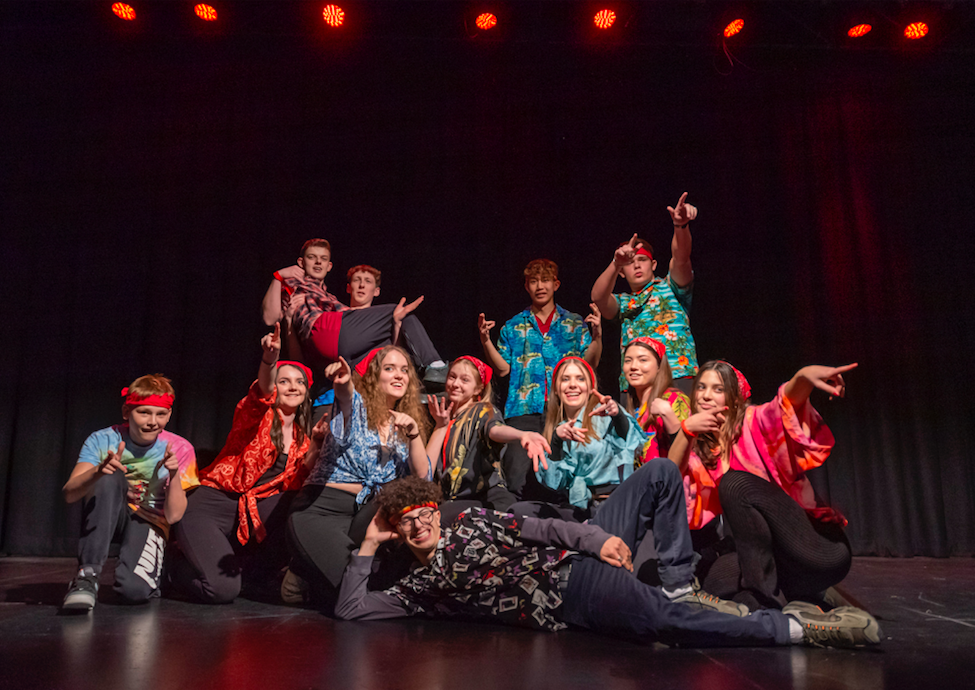 House members practised wherever and whenever they could to perfect their routines in the run up to this much-awaited event, spurred on by the knowledge that all proceeds from ticket sales were destined to go to Sparrow schools, our partner school for disadvantaged children in Johannesburg, South Africa.

The Great Hall was packed to the brim and, compered by Filipos and John from Year 13, the Dance-off kicked off with a 70’s themed round. A rapt audience was treated to Gloria Gaynor’s I Will Survive by gold-hatted Brading’s, Brown’s in disco-wear, dancing to Michael Jackson’s Don’t Stop ‘Til You Get Enough, Cribb’s Blame(ing) It on the Boogie (The Jacksons), Dutton’s dancing in couples to Proud Mary by Tina Turner, Roper’s, dressed in flairs, performing to Marilyn Manson’s Sweet Dreams, Spurgeon’s rocking cowboy outfits to Footloose by Kenny Loggins, Tulley’s in disco-wear for A Night to Remember by Chalamar and finally Tyson’s ending the round in style with Boogie Wonderland by Earth, Wind and Fire.

The judges – Miss Ellery, Ms Demain, Mr Halladay and Showers Jalloh – chose the top four, who went on to perform to Songs from Musicals. First came Dutton’s, performing to You’re the One That I Want from Grease, followed closely by Sturgeon’s Does Your Mother Know. Next, Tyson’s performed to Voulez Vous from Mamma Mia and then Brown’s danced to the final piece We’re All in This Together, from High School Musical.

The judges announced their decision and it was Spurgeon’s who finally triumphed, but the exceptional dancing and effort from all Houses made this Dance-Off another great one. With inventive costumes, airborne hats and impressive gymnastics, it was thoroughly enjoyable as well as being a fantastic fundraiser.

More photos in the Lent Newsletter on the Hub and in your Alleyn’s post.