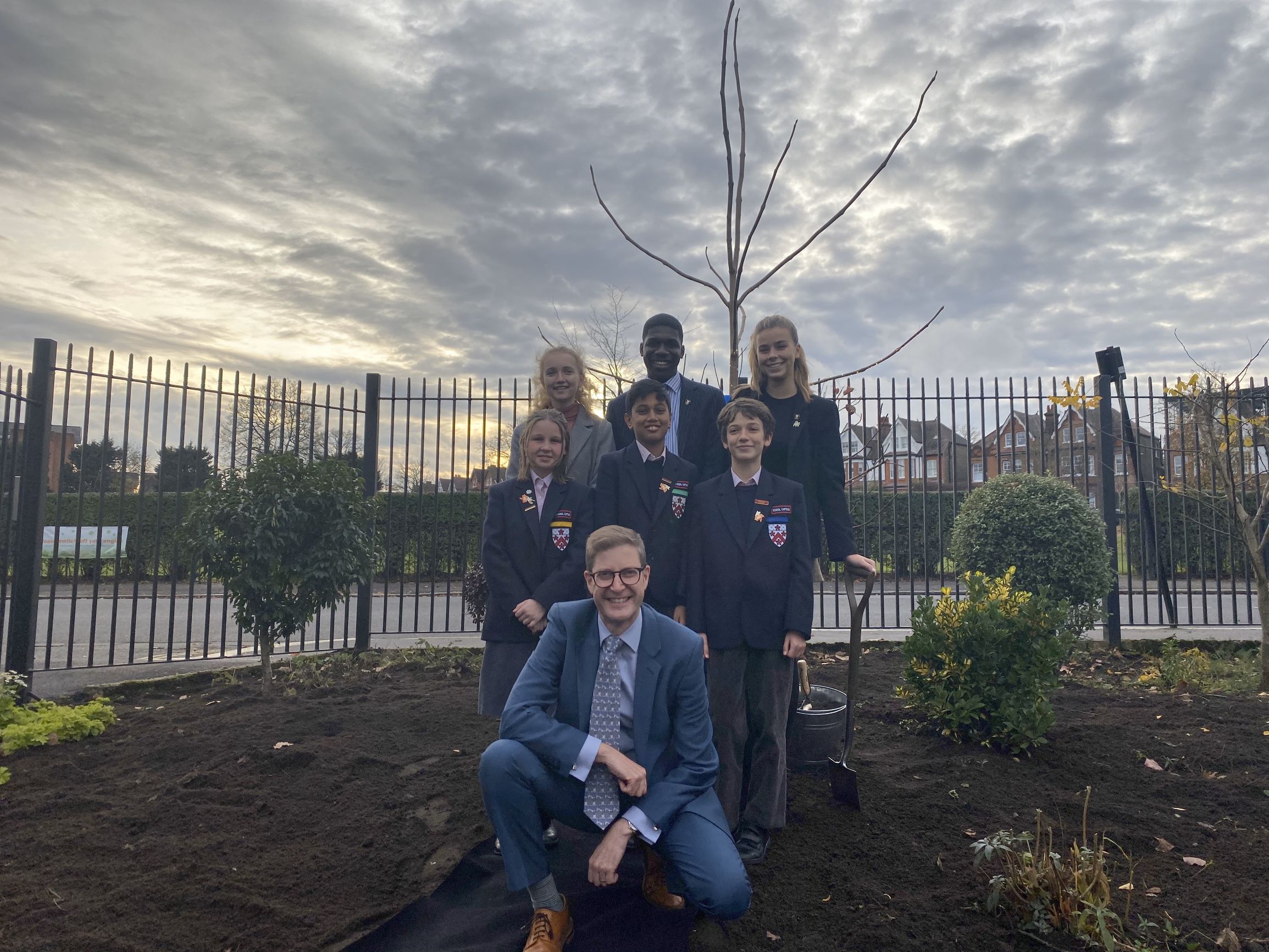 We were delighted to be joined by Nicola Meredith and Roger Westbrook, Trustees of the Dulwich Estate, for a ceremonial tree-planting to mark the 400th anniversary of Edward Alleyn's Foundation.

On behalf of The Dulwich Estate Nicola and Roger presented the School with a paulownia tomentosa or foxglove tree in honour of this auspicious quatercentenary year. The tree has been planted in the flowerbed at the front of the School, and will produce a display in Spring of violet/blue flowers (similar to the colour of Edward Alleyn's rumoured favourite, the cornflower).

The ceremony included the Senior School and Junior School Captains and Vice Captains, who each took turns to place soil and embed the tree into its new home. Nicola Meredith and Headmaster Dr Gary Savage both said a few words, paying tribute to the Founder's legacy and to the close bonds between School and The Estate.

Dr Savage spoke of the tree as an enduring emblem of this flourishing relationship, now and into the future. He also took time to express the School's gratitude for the support provided by The Dulwich Estate, which is used entirely to fund mean-tested bursaries in support of children whose families might not otherwise be able to meet the fees - a cause of which the Founder would entirely approve.

Alleyn's staff and governors (including Richard Pinckard who is also a Trustee of The Dulwich Estate) joined the ceremony, lending their support and applause to this symbolic event.