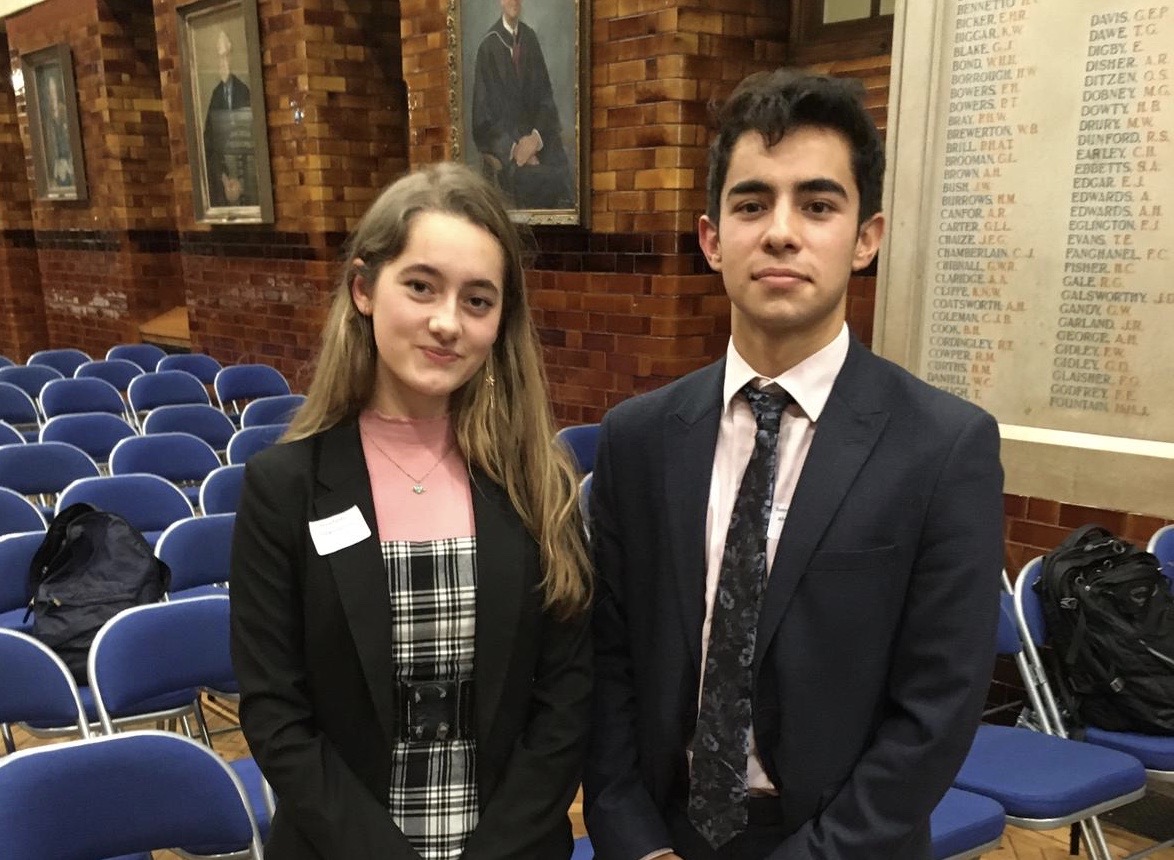 Students Anna and Sonny attended the competition at Latymer Upper School with teachers Miss Goff, Mrs Hall and Miss Andrade. They had prepared three motions in advance, ranging from the conservation to the Amazon Rainforest to stay-at-home mothers, and they debated them over the course of a day.

Both students professed to being nervous, but after an early victory in their first debate against Dulwich College they went from strength to strength, working well as a team and eventually winning their semi-final pool.

The final brought a new challenge – a new motion that they had just 15 minutes to prepare both sides to: ‘Should schools eliminate school uniform?’ The two acquitted themselves very well but were ultimately beaten by a strong Hampton team.

If they were disappointed to have narrowly missed the top spot they had certainly enjoyed an invaluable and confidence-boosting experience, and nor did they leave empty-handed – they won a trip to a language school in Salamanca!