Studying classical languages is interesting, thought-provoking and helps our pupils to develop a wide range of important and transferable skills, from clarity of thought and attention to detail, to problem solving and analytical thinking. Just as importantly, classical languages are a gateway to cultures that have had a deep and profound influence on the modern world.

Here at Alleyn’s all pupils in the Lower School have the chance to study Latin. The course revolves around a family in Pompeii and, later, in Roman Britain, examining aspects of the history, culture, religion and customs of the Roman world alongside the language itself. Understanding of Latin is built gradually and this, together with the focus placed on the cultural aspects, makes the subject accessible and enjoyable; regardless of the direction their studies take, it is very rare that pupils do not look back fondly on their time studying Latin.

For those who continue with Latin into the Middle School, the study of the language involves a more comprehensive coverage of Latin grammar, enabling pupils to develop their unseen translation skills, while broadening their knowledge of Roman mythology and history. Having developed their linguistic skills sufficiently, pupils have the chance to access some the world’s finest literature in its original form, whether it is the poetry of Ovid and Virgil, the history of Tacitus or the letters of Pliny.

At A level, students continue to develop their translation skills to a point where they can tackle passages of original Latin unseen and translate continuous passages of English into Latin. Study of literature also continues, with students having the chance to gain a deeper understanding of some of the great Roman authors, both through translating the texts and in exploring and analysing the style and the social, cultural and historical context within which they were written.

Classical Greek is a subject that appeals to pupils who particularly enjoy a true intellectual challenge. It is a subject that is available from Year 10 and suits those who have delighted in learning Latin and want to expand their knowledge of the ancient world and understand the huge influence of the Ancient Greeks on the modern world.

The GCSE course is intensive, as it takes pupils with no previous knowledge of the language to GCSE in two years, but is immensely rewarding. Pupils move swiftly from mastering the basics to studying original Greek literature.  As with Latin, at A level students continue to cultivate their translation skills, enabling them to tackle passages of original Greek unseen and compose passages of Greek prose, while exploring the work of some of the great classical Greek authors in the literature modules.

Beyond the classroom, we encourage pupils at all levels to broaden their understanding and appreciation of the classical world. We run a biennial trip to the classical sites of Italy or Greece and arrange regular theatre, lecture and museum trips. Our enthusiastic classical sixth formers run a dedicated Classics Club for the Lower School, and a Classics Society for the Middle and Upper School. We provide lunchtime clinics for pupils encountering difficulties with the languages. For the Sixth Form, we run enrichment sessions, aimed at preparing students for university and drawing on the extensive expertise of members of the department.

"Hardly any lawful price would seem to me too high for what I have gained by being made to learn Latin and Greek." 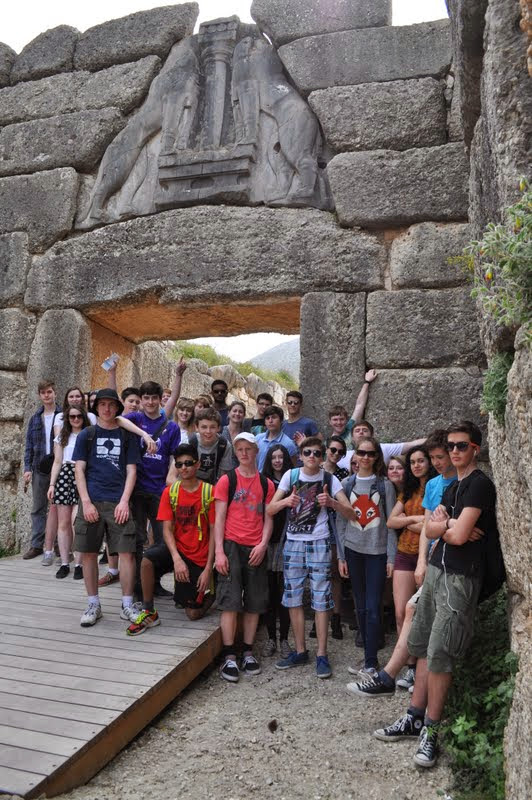