Edward Alleyn, the famous Elizabethan actor and contemporary of Shakespeare and Marlowe, led ‘My Lord Admiral's Men', a celebrated company of players, and owned the Rose Theatre and the Bear Pit on Bankside, and the Fortune Theatre in Cripplegate.

He was also ‘Master of the King's Bulls, Bears and Mastiff Dogs'. This lucrative appointment, together with other business ventures in Southwark, brought him the wealth which enabled him to purchase, for £5,000, the Manor of Dulwich for his retirement.

In 1605, determined to atone for a life of worldly preoccupations, he set about creating his great charitable foundation: ‘Alleyn's College of God's Gift', which was to consist of twelve poor scholars - six poor brethren and six poor sisters. The Master was originally to be chosen from a list of two, by lot (hence ‘God's Gift'). The original Foundation building, (still existing in the centre of Dulwich Village), consisted of a Chapel, with residences for the Master and staff in the centre, almshouses to the left and a school to the right. It was opened with a great feast on 1 September 1616: Edward Alleyn's fiftieth birthday.

Letters Patent (i.e. a grant from the monarch or government) to recognise the Foundation were given by King James I on 21 June 1619.  Alleyn's School became a separate part of the College of God's Gift in 1882, before moving to its present site on Townley Road, Dulwich, in 1887.

Following the abolition of Direct Grant status and the withdrawal of the Inner London Education Authority's annual grant to the School, the Worshipful Company of Saddlers agreed in 1970 to provide funds to support the School, and this association continues with the investiture of Saddlers' Scholars each year.

In 1976, Alleyn's became co-educational, and was in fact one of the first such schools in the country to do so.  Alleyn's Junior School was opened in 1992 as a fully co-educational linked school, sharing the site and its wealth of facilities.

Today, Alleyn's is one of the foremost co-educational HMC schools. Preparing for the future is what we have been doing for the past 400 years. 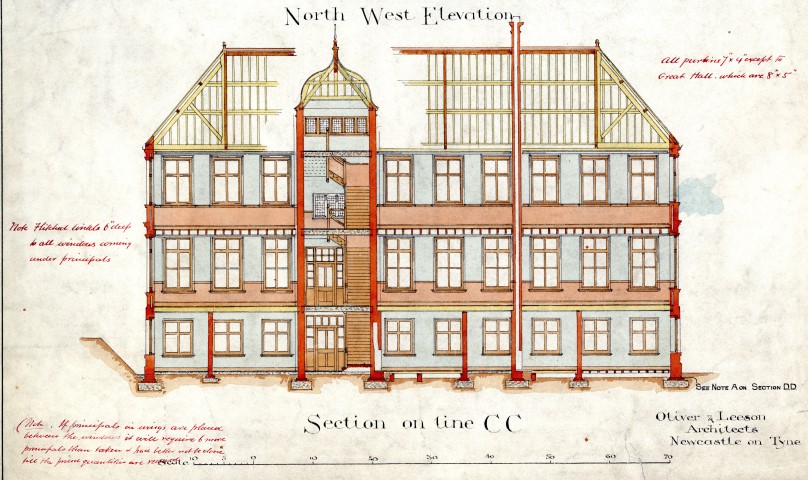