Drama is at the very heart of the co-curricular life of Alleyn’s.

We strive to live up to the dramatic roots of our actor-manager founder, Edward Alleyn, but while we are proud of our heritage, we are always looking forward in terms of our practice and our work, making fresh, original theatre with brilliant young people, whether it be a Shakespeare production, a full-scale musical, a new piece of writing by one of our pupils or a devised piece of theatre headed for the Edinburgh Festival Fringe. Everyone is encouraged to participate in co-curricular drama activities, and we offer a chance for everyone to get involved, whether performing on stage, or as part of the technical and creative team and developing an understanding and a working knowledge of all aspects of stagecraft.

Our large-scale shows are rehearsed and staged in our state of the art 350-seat theatre. The MCT at Alleyn's marks a gold standard in theatre design. The space is adaptable and the technical facilities it offers are superb. We are able to produce theatre in-the-round, end on, traverse, proscenium, arena, and thrust. A mechanical apron facilitates an orchestra pit for musicals. A tension wire grid allows pupil technicians hands-on experience of rigging and focusing lights. The most recent lighting consoles enable full control over automated lighting fixtures. Sound design and control is likewise of professional standard and our projection hardware and multimedia software is similarly sophisticated. Bear Pit productions are developed and performed in one of our smaller studio spaces.

No matter the venue, Alleyn’s Drama is committed to making joyous, challenging and lively theatre which develops confidence, creativity and craft in a collaborative and generous environment.

Upper School Play – the Upper School play, performed in the Advent term, alternates between a straight play run by the Drama Department and a musical produced with the Music School and is open to Years 12 and 13.

Middle School Play – this show is open to Years 9 and 10 and is performed in the Lent term.

These three shows are performed in the MCT and cast through open auditions, with no preferences shown to curricular Drama pupils.

The Bear Pit – named after one of Edward Alleyn’s edgier business ventures, the Bear Pit allows pupils from Years 11-13 to develop their dramatic skills more independently, producing and directing their own shows in a fringe style in our smaller studio venue, with smaller casts and often more challenging content than the main house offers.

There are three rounds of Bear Pit shows: Year 11 Bear Pit is in the Advent term and allows the pupils at the top of the Middle School to flex their dramatic muscles. Upper School Bear Pit falls in Lent and offers the same opportunity to Years 12 and 13.

We try to ensure that anyone who wants to be involved in these Bear Pit shows gets the chance to participate, regardless of auditions.

Bear Pit Theatre: Edinburgh – every year we take a show to the Edinburgh Festival Fringe, for a run of eight performances, with a preview at Alleyn’s in the Trinity Term and a homecoming run at the top of the Advent Term. The show is designed, devised and performed by Year 12 students who audition for a place in the company.

LAMDA – LAMDA (London Academy of Music and Dramatic Arts) lessons are offered by peripatetic tutors and allow pupils to develop individual skills and accrue LAMDA qualifications from Grade 3 in Year 7 to Gold Medal in Year 12.

Technical and Creative Team – we run an after-school weekly training programme for stagecraft skills in the MCT (lighting, sound, set design, stage management) on Mondays for Middle and Upper School and Thursday for Lower School.

Lower School Drama Club – is open to Years 7 and 8 and runs one lunchtime a week.

National Theatre New Views Playwriting Scheme – this is a playwriting scheme which we run in association with the National Theatre, workshopping new writing from students and working with professional writers to develop these scripts.

We offer a chance for everyone to get involved, whether performing on stage, or as part of the technical and creative team and developing an understanding and a working knowledge of all aspects of stagecraft. 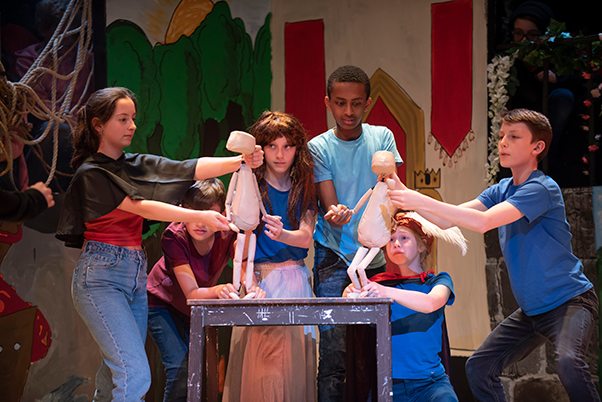 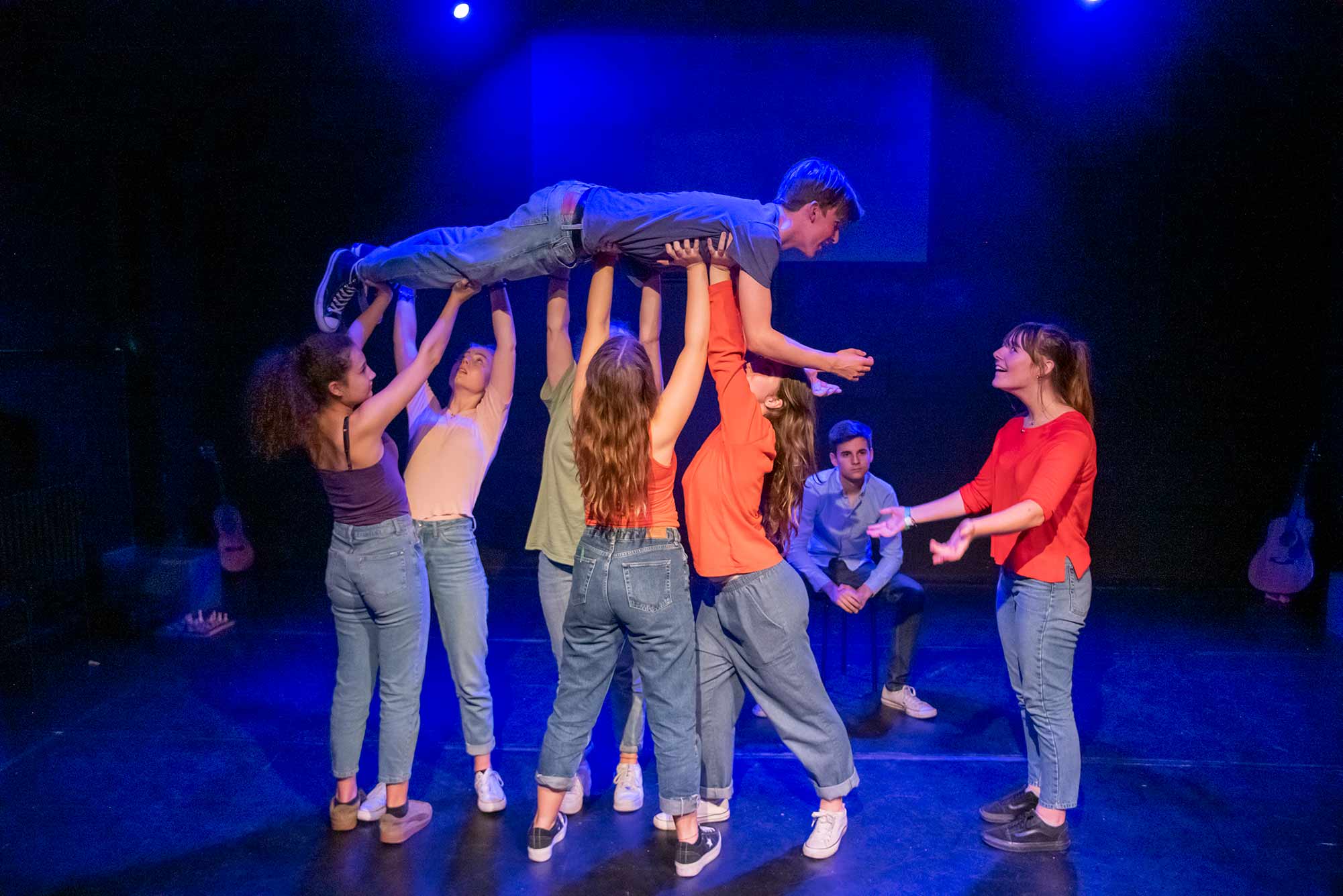 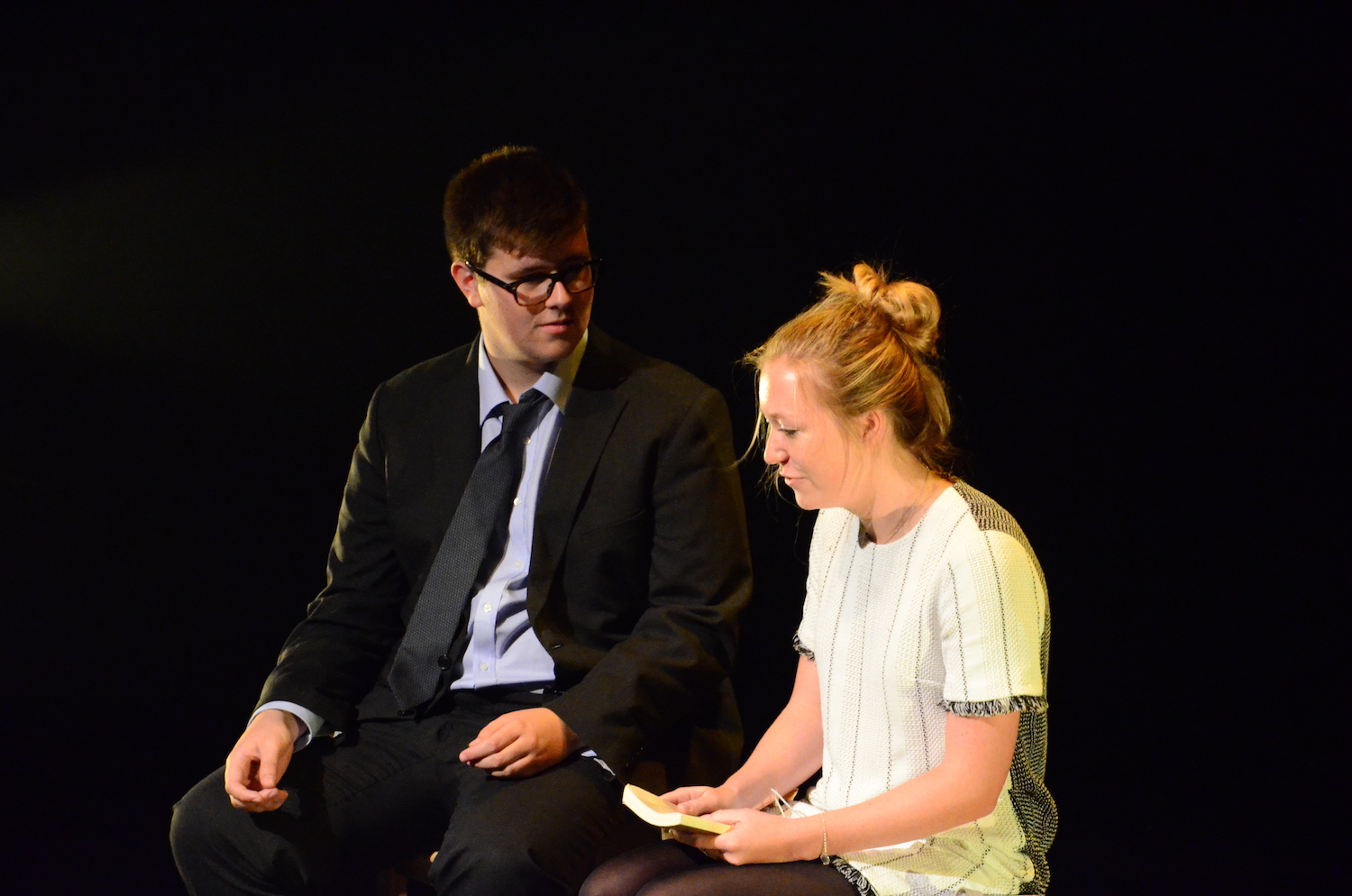